After a bit of a chilled one last week, Music Industry Mondays is back in full force this Monday coming with two incredible guests – the brilliant Lucie Caswell from the MPA and the legendary David McGinnis, MD at Mute Song! LCCM is hosting a Jazz Evening happening on Wednesday 24th November, at the Music Box Venue from 7:30-10:30pm Come down to the Music Box this Monday 22nd November from 12PM for our Masterclass with LCCM Alumni Shaun Martin.

Lawsuit filed against Travis Scott, Live Nation and others over crowd surge tragedy at Astroworld

A Texas-based attorney has filed a $2billion lawsuit against Travis Scott, Live Nation and others over the crowd surge tragedy at Astroworld. Thomas J. Henry filed the lawsuit against a long list of defendants, which also includes Drake, Apple Music and NRG Stadium, on behalf of the 282 people who hired Henry for representation. 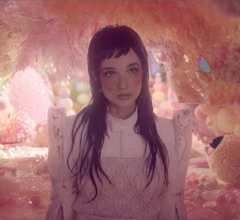 Enigmatic singer and entertainer Poppy is staking her claim on the metaverse – prepare to enter the PoppySphere. PoppySphere for iOS and Android presents a virtual 8-bit universe for Poppy fans to explore, with "dynamic rooms and secrets to uncover as they navigate a realm of iconoclastic creation," a press release explains.

Come down to the Music Box this Monday 15th November at 6PM for our latest Music Industry Mondays show.