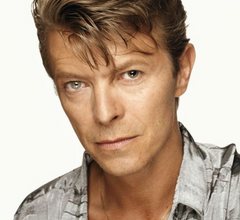 David Bowie's publishing catalogue sold to Warner/Chappell for $250 million. It might have been Christmas but there's always time for a mega-deal in the music biz. The catalogue spans six decades and includes such songs as “Heroes,” “Changes,” “Space Oddity,” “Fame,” “Let’s Dance,” “Rebel Rebel,” “Golden Years,” “Ziggy Stardust,” “All the Young Dudes,” his 1981 collaboration with Queen “Under Pressure” and hundreds more.

The deal brings nearly all of Bowie’s music into the Warner system – last September, his estate announced a global partnership with Warner Music that will bring the icon's vast recorded-music catalogue (masters) from 1968 to 2016 under the company’s umbrella. And of course, this weekend is the “Bowie 75” celebration, surrounding the late icon's 75th birthday on Saturday with pop-up stores in New York and London. Via Variety