Join us at our Scholarship Open Day! - 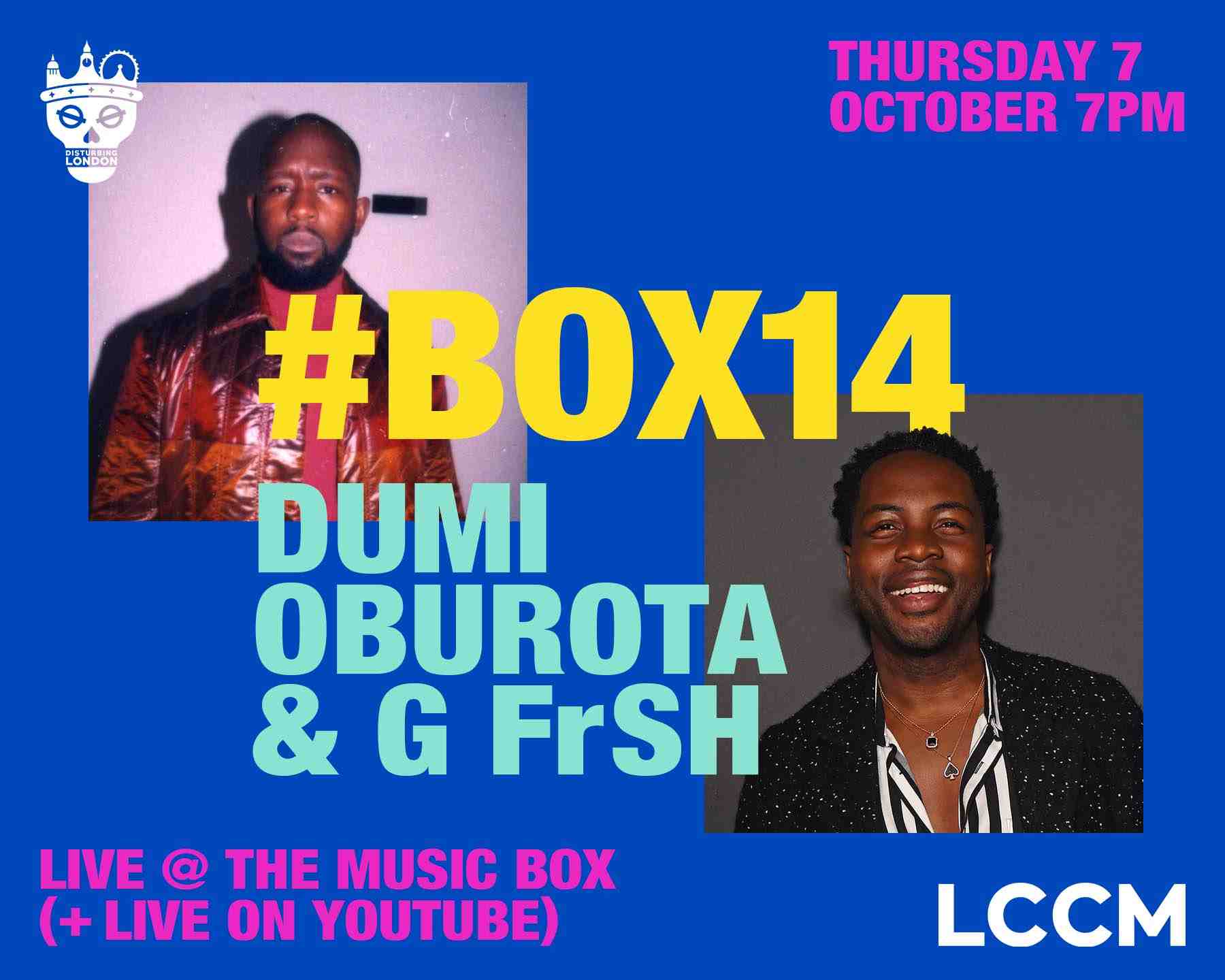 Box Talks is back with two of the most influential figures in the UK music biz – Dumi Oburota, founder of Disturbing London, plus artist (and now music manager himself) G Frsh.

Dumi Oburota is perhaps the ultimate “DIY businessman”, who started hustling at 21 when he took on a 16-year-old Tinie Tempah. Fifteen years later, he has a joint venture with Warner Music that has seen Disturbing London enter a partnership with Parlophone, the Warner subsidiary that was once home to The Beatles. Disturbing London has evolved into multidisciplinary creative company that covers just about everything from artist management, a record label, fashion and events – boasting a roster of music artists including Tinie, Yxng Bane and Poundz.

G FrSH started his career as a rapper and released some of his earliest work as a member of the FrSH collective, then breaking through to the mainstream as a solo artist in his own right with a raft of records featuring Wretch32, Tinie Tempah and later, Krept and Konan. Always inventive and pushing the boat musically and creatively, G upped his involvement in the Disturbing London team beyond just an artist to become a manager, and is currently in charge of one of the hottest properties in the scene, Yxng Bane. G has also had a hand in the culturally important Prince of Peckham pub.

Do not miss the incredible chance to hear from these two giants of mainstream musical culture, including a Q/A session – register now for free.

– LCCM & the Music Box have put in place COVID-secure measures to keep attendees safe. On arrival you will need to show the NHS COVID Pass – proof of a negative test taken within the previous 48 hours or proof of full vaccination status. All attendees will be required to check in with the NHS Test and Trace app (or the Music Box's own QR if you don't have the app)