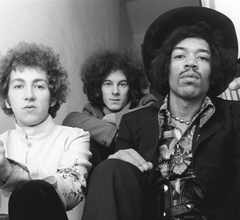 This all comes after Sony Music received a letter in December from British lawyer, Lawrence Abrahams, in which he claimed the label owed Noel Redding and Mitch Mitchell’s estates performance royalties for roughly 3 billion streams of the Experience’s songs.

Dorothy Weber, the lawyer representing Experience Hendrix, LLC (Jimi's estate) and Sony Music Entertainment filed a countersuit on Tuesday, claiming they were unable to be sued by the defendants because both Experience members previously signed waivers.  Both musicians were allegedly compensated for signing the documents. What's the lesson here folks? Be aware of your rights and read any paperwork before you sign! Via NME