It's the Grammys this weekend -

Glass Animals are STILL #1 in the US - 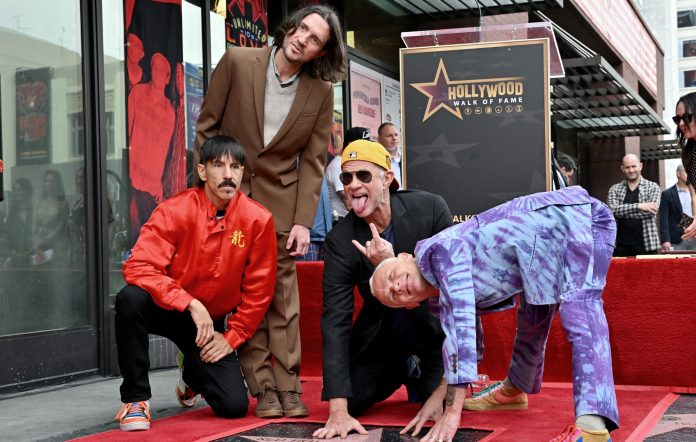 Legendary rock/funk/punk band Red Hot Chili Peppers have been honoured with a star on the Hollywood Walk Of Fame to mark their four decades in music. The Los Angeles group, famous for hits such as 'Californication' and 'By the Way,' formed back in 1983 and returned with their 12th studio album ‘Unlimited Love’ today.

Speaking at the ceremony, lead vocalist Anthony Kiedis said: “The sum total of our parts is that we were able to find something that we love doing and communicate with the entire world. We started off playing dive bars up and down this street and making a handful of people dance.” He continued: “We stuck together as a team and as a band, and now we can make everybody dance and feel joy.” The band also paid tribute to Foo Fighters drummer Taylor Hawkins, who tragically passed away last weekend whilst on tour in Colombia. Via NME