Peloton returns to Beyoncé with 72 hours of branded workouts - 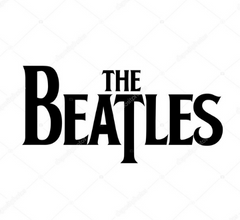 The Beatles fans on TikTok are now able to follow @TheBeatles, an account dedicated to the legacy of John Lennon, Paul McCartney, George Harrison, and Ringo Starr.

The account will post exclusive behind-the-scenes footage from Let It Be sessions (the subject of Get Back, a Peter Jackson-directed documentary coming out in November) along with deep dives into the creation of individual Beatles songs, featuring interviews with McCartney and Starr.

The Beatles’ arrival onto TikTok has happened alongside the global release of the Let It Be album remixed and expanded Special Edition by Apple Corps Ltd, Capitol, and UMe. It also marks the beginning of #Rocktober, a month-long celebration of rock musicians on TikTok. The hashtag has already reached 1.5 billion views around the world. Get going, rockers. Via Music Week