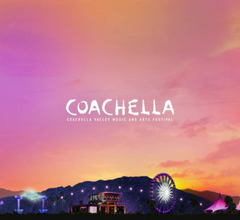 Hard to think that Coachella now hasn't taken place for two consecutive years, but the world's biggest (and best) party in the desert is back. As recently as last summer, Coachella organisers floated the idea of bringing back the planned 2020 headliners: Travis Scott, Rage Against the Machine, and Frank Ocean.

Of course, that didn’t happen: Billie Eilish, Harry Styles, the artist formerly known as Kanye West, and Swedish House Mafia are officially headlining instead. Get us on a plane there ASAP. Pitchfork have a cool rundown analysis of the lineup