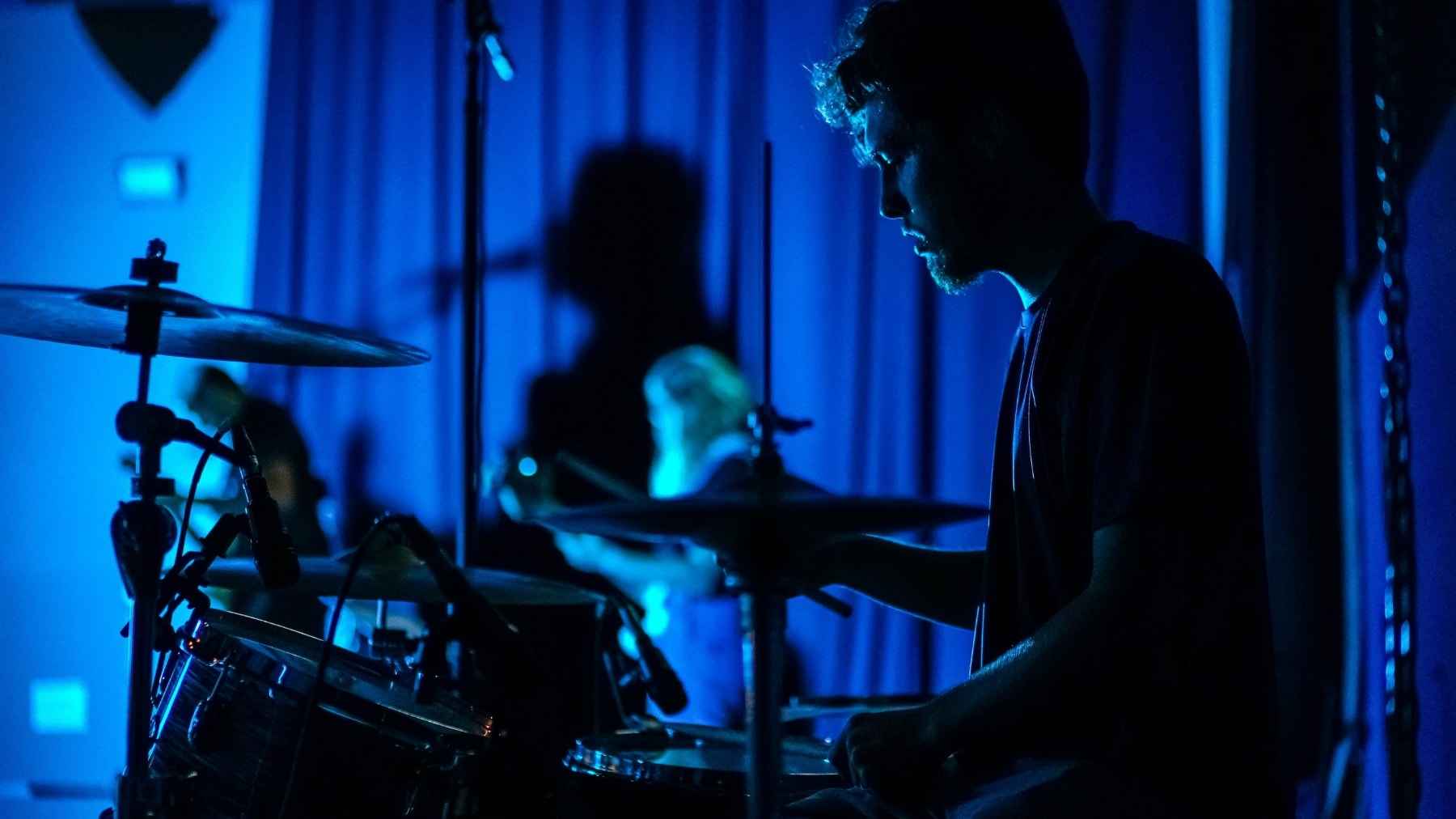 On Monday 11 March, we’ll be holding the LCCM Drummers Forum at the LCCM venue.

The panel includes renowned drummers - Steve White and Neal Wilkinson as well as two of our very own drum tutors, Rich Brook and Pete Cater.

Steve White has worked extensively with Paul Weller and the Style Council. He performed at the 1985 Live Aid concert at Wembley, and has also worked with artists such as The Who, Oasis and Ocean Colour Scene. He was the host of acclaimed SkyArts series “The art of drumming”.

Neal Wilkinson has been a first-call studio session musician since the mid-80s. He has recorded and toured with an impressive array of artists, including Van Morrison, Paul McCartney, Ray Charles and Annie Lennox.

Steve and Neal will be joined by Rich Brook, Head of Drums at LCCM, and drum tutor Pete Cater.

Pete Cater is band leader of the renowned Pete Cater Big Band, a jazz ensemble that has appeared at many of the UK’s top jazz festivals. They’ve won the Band of the Year and Critics’ Choice awards in the British Jazz Awards. He was voted in the top 5 of worlds best jazz drummer in a Rhythm magazine poll.

We’ll be covering all manner of topics so come have a say or just listen!

The Forum will be aimed at LCCM music students, but all will be welcome to join. Non-students can purchase tickets to attend here.

It will take place from 7pm to 9pm, and you will be able to buy refreshments and snacks from the bar at the Venue. See you there!