Iconic London venue Koko to relaunch in the Spring

Spotify sells 2/3 of its shares in Distrokid - 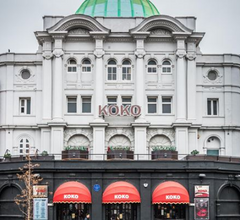 Iconic London venue Koko to relaunch in the Spring after £70M investment and three years of work. The Camden venue – which has most likely hosted all of your favourite bands at some point over the years – will reopen in 2022, with plans for it to be not only ​‘an unrivalled experience for live music fans’, according to a press release, but also boast ​‘high spec streaming capabilities integrated throughout’, which will give artists the chance to ​‘co-produce, stream and distribute their music to a global audience with the newly formed KOKO Studio’.

A radio station is also part of the plans, as is a membership scheme. It appears the 'Studio' side will take shape through a partnership with independent production company Sister – co-founded by media-dynasty scion Elisabeth Murdoch. Via Kerrang