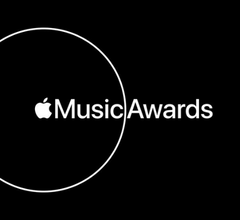 It's that time of year... Apple Music 2021 awards are revealed. The big winner this year was Olivia Rodrigo, who bagged Apple's awards for breakthrough artist of the year, album of the year and song of the year.

The Weeknd got the gong for global artist of the year, based on the continued success of his 2020 album 'After Hours.' Other awards included songwriter of the year for H.E.R. and for the first time, a set of regional awards for Apple's top artists in Africa (Wizkid), France (Aya Nakamura), Germany (RIN), Japan (Official Hige Dandism) and Russia (Scriptonite). Seems they were all awarded in a spaceship, too. Via Apple