Rag'N'Bone Man, IDLES, Portishead and others appear in 'Man Down' film - 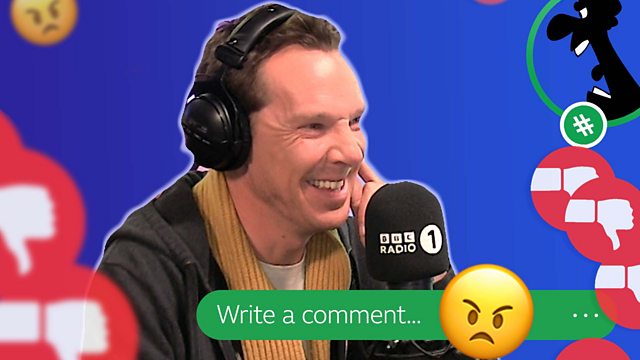 The Doctor Strange star joined BBC Radio 1’s Greg James for the show’s 'Unpopular Opinion' segment on Thursday, where the duo reacted to, as the title suggests, thoughts that go against the grain.

A listener named Alex called in, and said her “unpopular opinion” is that she “can’t understand Ariana Grande when she sings.” Not quite sure how... Anyway, Greg James and Cumberbatch went on to play the pre-chorus of Grande’s 2014 Iggy Azalea collaboration, Problem, in which the Grammy winner sings, “I should be wiser / And realize that I’ve got." When asked what the lyrics are, Cumberbatch replied, “Something about a cat in an elevator?” Awful or hilarious, you decide, hit the link to watch. Via Radio 1