#BOX9: Tom Gray, the man behind the #BrokenRecord campaign - 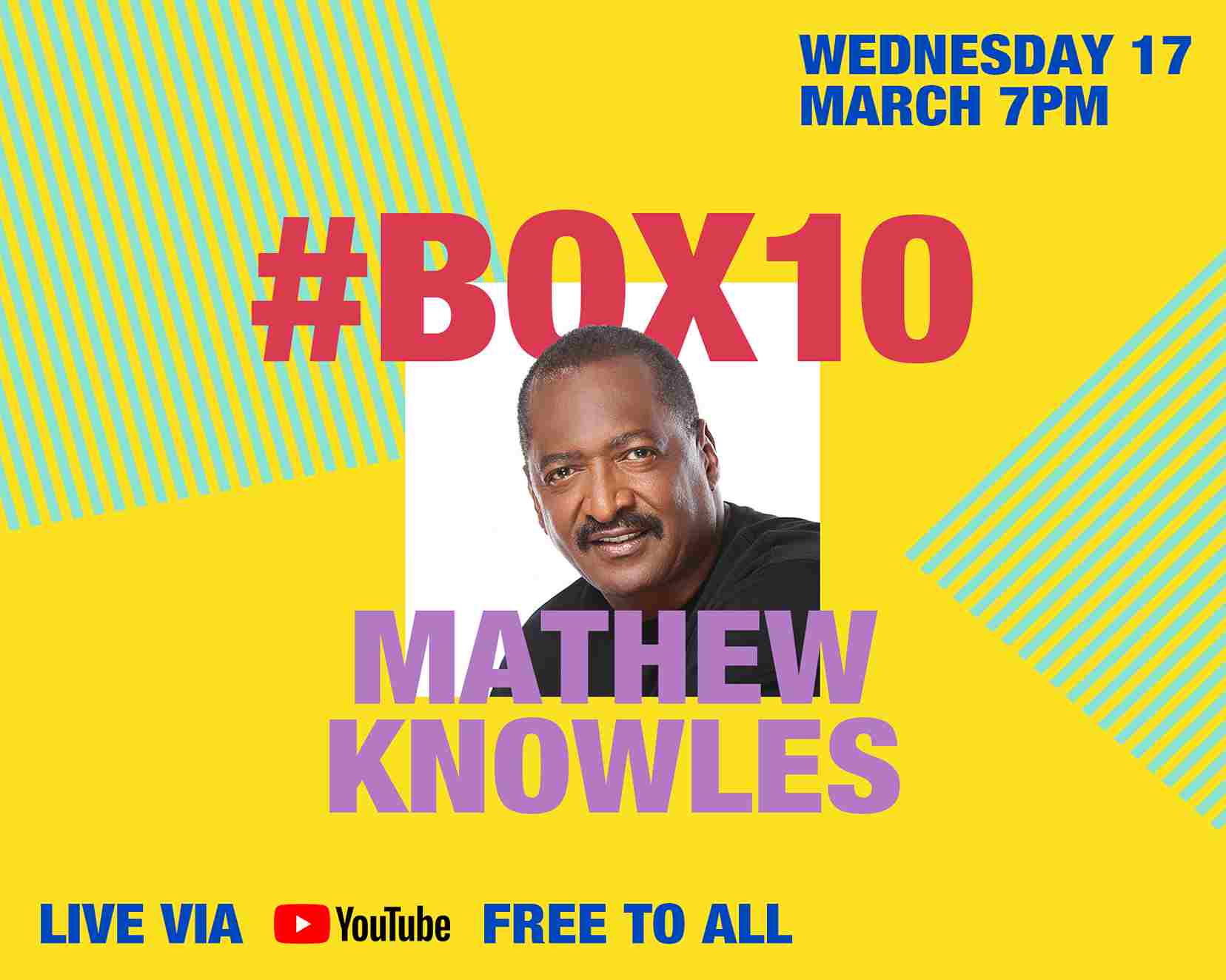 Author, professor, lecturer, motivational speaker, music executive, artist manager, entrepreneur, fighter and cancer survivor would be the words used to sum up the life and career of Mathew Knowles.

In music, at Music World Entertainment Corporation, he has architected the careers of Destiny’s Child, Beyoncé and Solange, just to name a few, and has worked with legends such as Chaka Kahn, O’Jays, Earth, Wind & Fire, amongst many others. Outside his stupendously successful music career as a pioneer for African American success in the corporate world, Mathew's corporate career achievements include communications sales consultant at AT&T, sales and marketing at Xerox Corporation, Xerox Medical Systems, Phillips Medical System and Johnson & Johnson.

Mathew's musical accomplishments include a Grammy Nomination, as a Songwriter (“Survivor” #1) and as an Executive Producer (over 75 Albums).

– If you want to submit your questions for Mathew live, you MUST register and join via Zoom. You will receive an email reminder on the day of the event, and you can access the Zoom via your Eventbrite account