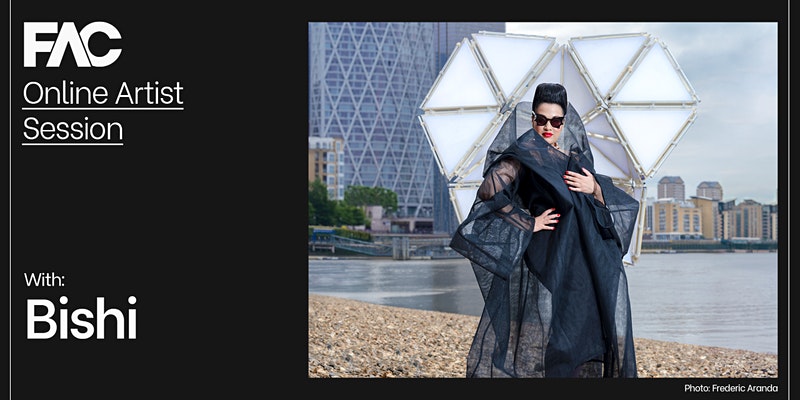 Bishi is a singer, electronic rock-sitarist, composer, producer, and performer born in London of Bengali heritage. As a multi-instrumentalist, she has been trained in both Hindustani and Western Classical styles and studied the sitar under Gaurav Mazumdar, a senior disciple of Ravi Shankar.

Bishi has written, performed and released two albums and five EP's on her own label Gryphon Records to critical acclaim. Her most recent single 'Don't Shoot The Messenger,' was produced by Tony Visconti. She is the founder of WITCiH: The Women in Technology Creative Industries Hub, a platform elevating Womxn in Tech and launched the podcast 'Creative Women in Tech,' in May 2020. Take it from us, she's brilliant with amazing creative insights. Tune in at 5PM on Monday 25th April if you can. Register here