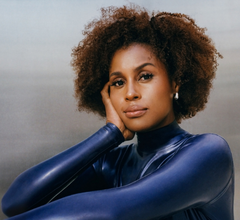 Issa Rae launches emerging artists program with Google, focused on increasing representation of women of colour in the music industry. The actress and entertainment tour-de-force recently went viral in an interview with the Los Angeles Times with a withering critique of the music industry: “It’s probably the worst industry that I have ever come across. I thought Hollywood was crazy.

The music industry, it needs to start over. Conflicts of interest abound. Archaic mentalities. Crooks and criminals! It’s an abusive industry, and I really feel for artists that have to come up in it.” Supported by Google, her Raedio label will select two female artists and two composers to receive funding and resources to create and retain full ownership of their music.

The funding from Google will cover recording fees, producer costs and marketing expenses for the female artists to put out a three-to-five song EP. The Raedio record label branch will supervise and distribute the projects. An excellent example of change in action. Via Billboard