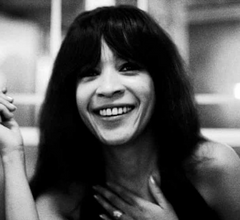 The pop star found fame with hits such as Be My Baby, Baby I Love You and Walking in the Rain. A statement from her family said she passed away at age 78 "after a brief battle with cancer". "Ronnie lived her life with a twinkle in her eye, a spunky attitude, a wicked sense of humour and a smile on her face," the statement said.

As lead vocalist of the 1960s group The Ronettes, with their beehive hairstyles and liberal use of mascara the multi-racial group caught the attention of record producers while performing in New York clubs. In 1968, she wed Phil Spector, who pioneered the "wall of sound" recording technique.

They were married for six years and adopted three children before their divorce (Spector was abusive and violent, and died in whilst in prison in 2021 serving a sentence for murder). The Ronettes' bad-girl personas are credited with paving the way for future female musical artists. "We weren't afraid to be hot. That was our gimmick," Spector wrote in her memoir in 2004, titled Be My Baby: How I Survived Mascara, Miniskirts, and Madness. A real legend – RIP. Via BBC