Glass Animals are STILL #1 in the US

Nominations for the 2022 Ivor Novello Awards have been announced - 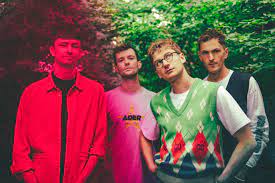 There’s only one thing rarer than a March heatwave in the UK and that’s a British group topping the US charts (e.g. someone who is not Ed Sheeran or Adele). So the Princes of Tie-Dye indie shirts themselves (Glass Animals) ascent to the top of the Billboard Hot 100 with “Heat Waves” represents a truly unusual accomplishment.

The song took a record 59 weeks to hit the summit and having spent three weeks there to date is now the longest-running American #1 by a British group since the Spice Girls’ “Wannabe” in 1997. Their manager, Amy Morgan at September Management, puts the success down to the band’s work across three albums before “Heat Waves” became a single. “They’d built a real world and a real fanbase for themselves,” she said in an interview. “Their live trajectory and the amount of touring they’d done meant they have an incredibly activated and engaged community around them – and that was really where all of this started.” A big hand to Glass Animals, long may they continue their reign at the top. Via Billboard