The Spotify/Joe Rogan scandal shows no signs of dying down 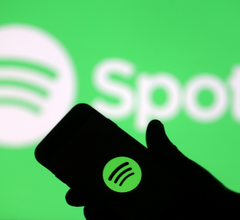 After Neil Young took a stand in pulling down his music, he's now been joined by more artists, including another legend in Joni Mitchell.

The situation has been bubbling throughout the week, with rumours that former US President Barack Obama and First Lady Michelle Obama are looking to leave the platform and Joe Rogan (finally) making an apology. “I want to thank Spotify for being so supportive during this time and I’m very sorry that this is happening to them and that they’re taking so much heat from it,” Rogan said in a statement. He also apologised to Young and Mitchell.

Spotify CEO Daniel Ek held an internal town hall with up-in-arms employees and awkwardly, the recording of the meeting almost immediately leaked. Employees shared that their friends and family came to them with questions about why Spotify supported a podcaster who continued to spread COVID misinformation and bring on controversial guests, making them feel embarrassed to work at the company.

Daniel Ek explained why he doesn’t consider Spotify a publisher of Joe Rogan Experience (meaning it would assume editorial responsibility for what Rogan and his guests say). “I understand the premise that because we have an exclusive deal with him, it’s really easy to conclude we endorse every word he says and believe the opinions expressed by his guests. That’s absolutely not the case,“ he said. Spotify doesn’t “fit neatly into just one category.” Via multiple outlets