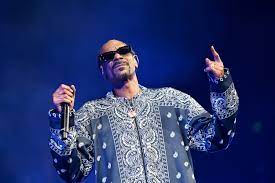 When Snoop Dogg left Death Row in 1998, he explained, “There’s nothing over there. Suge Knight is in jail, the president; Dr. Dre left and Tupac is dead. It’s telling me that I’m either going to be dead or in jail or I’m going to be nothing.” On Sunday Snoop Dogg will release his next studio album B.O.D.R. (Bacc on Death Row) and he'll also perform during the Super Bowl LVI halftime show alongside Dr. Dre, Eminem, Mary J. Blige, and Kendrick Lamar. Via Pitchfork