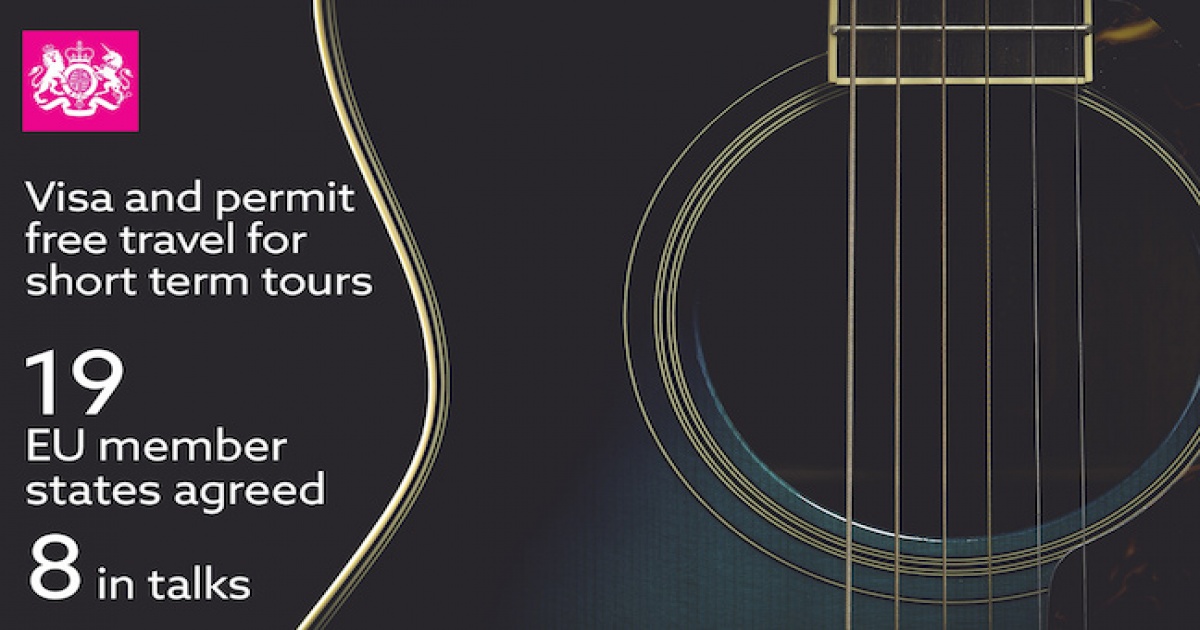 Finally, the Department for Digital, Culture, Media & Sport announced that it had “spoken to every EU Member State” and that, “19 Member States have confirmed UK musicians and performers do not need visas or work permits for short-term tours.”

That includes most of the EU states, but notably excludes Spain and Portugal. UK Music Chief Executive Jamie Njoku-Goodwin said: “For months, UK Music has been pressuring government to resolve the EU touring crisis. So, it is welcome that progress is starting to be made on this issue and negotiations are happening at ministerial level.

It’s also important government works with member states to develop clear guidance on the countries where touring is possible so that musicians & crews have a clear understanding of what the different rules are & what will be required from them.

For example, what is covered by “short term”?" Seems there is a lot more to do, and the response from artists on social media was, let's say, chilly. Via UK Music