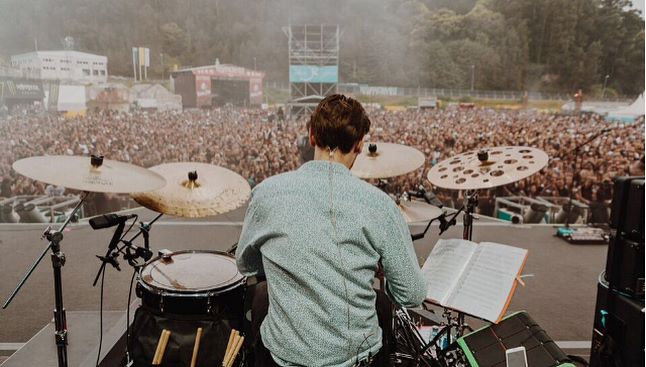 Will began playing in the Falcons marching band and took a heavy interest in rudimental drumming. This led to seven years of marching snare drum with the Falcons (finally writing for and leading the drumline) and time at the Cadence drum and bugle corps. He began playing drum kit during this time and took to studying hard with some great teachers (Richard Spooner, Tom Meadows, Neil Martin) and playing for many different artists as well as playing on releases and tours with Frank Carter and the Rattlesnakes, Pixie Geldof , Meg Cavanaugh, Jay Scott, Spycatcher, Moones , Gary Go, Incoherence , The New 1920 to name but a few.

Will maintains a busy teaching schedule whilst playing, touring and recording with different artists and bands. Will has been the head of The London Centre of Contemporary Music Beefeaters Drumline since 2010 and is the author of the ebook Modern Hands and runs a busy private teaching practice in North london. Will has two advanced diplomas in Contemporary Popular Music and Drumming .