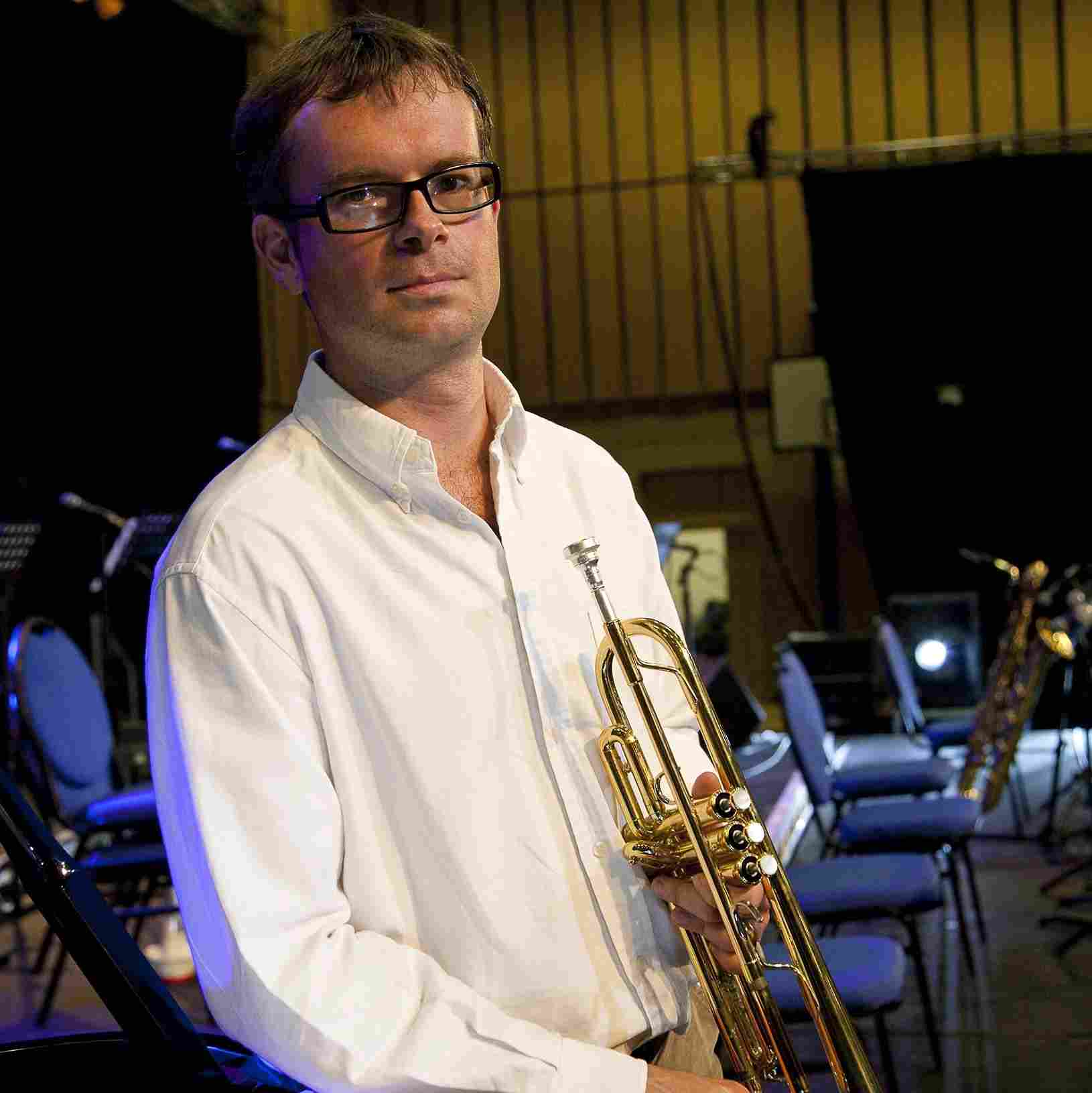 Mark Armstrong was born in Newcastle-Upon-Tyne but brought up in Amersham. He earned a degree in Music at Oxford University and attended the postgraduate course in Jazz and Studio Music at the Guildhall School of Music, achieving an LGSM in Jazz.

Mark’s career has spanned a wide variety of styles and genres. He was a member of the Clark Tracey Quintet for seven years and recorded two albums with them, The Calling (2003) and The Mighty Sas (2006). In addition, he regularly played with Clark’s father Stan Tracey, recording with Stan on his final quintet album The Flying Pig (2013) and with Stan’s big band live at the 2006 Appleby jazz festival. He also performed with the big band at the 2009 BBC Proms.

Mark’s work as a sideman has also seen him playing Latin jazz with the Robin Jones Sextet and Mainstream, as well as traditional jazz with the Pasadena Roof Orchestra and bebop with Peter Long’s Gillespiana, in which The Times’s Alyn Shipton described his playing as “pirouetting through Gillespie’s breaks quicker than a hummingbird’s wings”. John Fordham of The Guardian described him as “the solo star of the outfit”. Mark was nominated in the Best Trumpet category of the 2007 Ronnie Scott Jazz Awards. Mark still performs regularly as a jazz trumpet player, both as a member of the Ronnie Scott Jazz Orchestra and in his own quartet, which released the album Coastbound in 2010.

Mark’s career as a conductor began at Oxford, where he helped resurrect the Oxford University Big Band. After joining the National Youth Jazz Orchestra, he was asked by founding Music Director Bill Ashton to act as his assistant, a position he maintained for almost 15 years before being appointed NYJO’s Artistic and Music Director in 2011. Since his appointment, the orchestra has recorded its first studio album for many years, The Change, and appeared at the 2012 BBC Proms concerts – one of the few Proms to be televised that year – and the London Jazz Festival in 2012 and 2013.

Mark’s additional education work includes a position as Jazz Professor at the Royal College of Music, as well as a main panel and jazz examiner for the ABRSM.

Mark is a past winner of the BBC Big Band Competition arranging prize, and many of his big band compositions can be heard in recent NYJO albums. A recent commission, the Solstice Suite for big band, was performed at the 2009 North Sea Jazz Festival. He writes a wide range of arrangements and compositions from choral music to symphony orchestra.