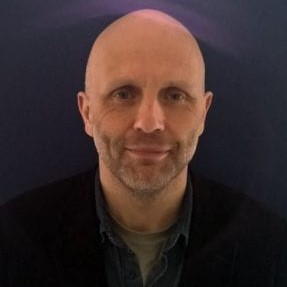 From singing in a punk band on radio and at major festivals to playing bass in a jazz quartet with the trumpet player from Loose Tubes, Pat’s musical career has been a very eclectic journey.

He has also been involved in playing and organising festivals, from a Live Aid Concert in 1985, including various members of Manfred Man to the major festivals in London playing with acts like Skunk Anansie and Asian Dub Foundation.

Other career hi-lights have included supporting the Levellers at Glastonbury in 1990 to headlining the Jazz stage at Glastonbury in 1994. As well as teaching many musical subjects, from composition and performance to guitar and bass, Pat has toured Europe extensively with many original bands. He has also released and produced his own bass guitar sample CD “Bass Box”, which had positive reviews from major magazines including Sound on Sound.

Pat is a passionate musical educator and from his vast experience across many genres all styles of music are equal. For him technique for technique sake does not impress. He firmly believes music education should not take away from your own identity, but should be practical and add to what you already have.