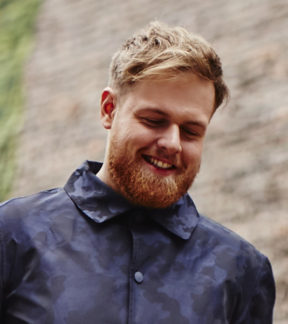 Multi-instrumentalist and singer/songwriter Tom Walker after studying songwriting at London's College of Contemporary Music (now known as London College of Creative Media), Walker began making music in earnest, collaborating with his housemates - who included members of Whilk & Misky - in their home studio. One of his songs, 2016's "Sun Goes Down," interpolated the '30s work song "I'll Be So Glad When the Sun Goes Down" and featured poet/musician Kojey Radical. The track earned acclaim and airplay on Radio 1, and Walker signed to Relentless soon after. His official debut single, "Fly Away with Me," arrived later that year. The Blessings EP was released in April 2017, along with a pair of singles, "Heartland" and "Leave a Light On."

Tom was the recipient of the Best Breakthrough Artist title at the Brit Awards 2019.