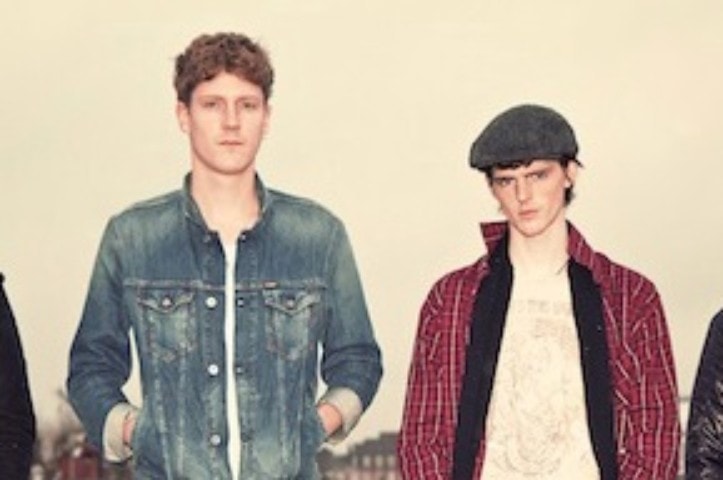 London-based quartet Scoundrels, who supported Alabama Shakes at this year’s South By Southwest festival, have signed to the world-famous British label Blue Horizon, after their rhythm and blues-tinged rock sound caught the ear of A&R legend Seymour Stein.

They’re the first European signings to Blue Horizon since Stein and famed producer Richard Gottehrer, who co-founded Sire Records with him, revived the label via digital distributor The Orchard. Blue Horizon became world-famous as the home of the original Fleetwood Mac and countless other great blues names of the late 1960s, and with Scoundrels, it’s never sounded so cutting-edge yet true to its roots.

After opening for Kooks, headlining dates of their own in both the UK and US, and making their first album in Louisiana, Chicago and London, Scoundrels supported hotter-than-hot blues rockers Alabama Shakes at SXSW in March. Now they’re completing work on their own studio in Seven Sisters in north London, where they’ll soon record their much-awaited second album.

Scoundrels’ first release for Blue Horizon, under Stein’s inspired stewardship, is the ‘Sexy Weekend’ EP, out on July 2. It shows how they’ve perfected a brilliantly infectious sound at the intersection of greater London and the Southern states.

The band are building on the firm foundations of last year’s acclaimed debut set, initially recorded on a life-changing trip to Lafayette, Louisiana, then produced in part by Steve Albini at his studio in Chicago and completed in London by the band and ‘Chicky’ Reeves.

That led to a No. 2 slot on the iTunes blues chart – behind only the late great Etta James – with the track ‘Hangman’s Lament.’ They’ve also made quite a name for themselves as airplay favourites already in South Africa, where they’re touring in late April and May.

Vocalist/guitarist Ned Wyndham, bassist Alex ‘Billy’ Hill and drummer Josh Martens were at school and then at music college LCCM together, later joined in the line-up by guitarist George Elliott. They shared a passion for the swampy rock of Creedence Clearwater Revival and the driving R&B of the early Stones, but the American adventure added plenty more ingredients.

“It changed a lot when we went to Louisiana,” says Wyndham. “We all really like rock ‘n’ roll, and we’re inclined towards soul and blues, but going to Louisiana completely opened up that New Orleans thing, Johnny ‘Guitar’ Watson, Huey ‘Piano’ Smith, Fats Domino, and all these amazing melodies and grooves and beats they have.”

The band were greeted in Louisiana by Hart, a long-haired roadie with one tooth who drove a 22-foot Lincoln Continental called the Cream Puff, and was accompanied at every stage by what Scoundrels fondly describe as “a slightly bedraggled old stripper.”

There, they slept on a houseboat in the Louisiana swamps, lived on a diet of crayfish and gumbo, watched two or three bands every night, most of whom invited them up onstage, and gorged themselves on zydeco jazz, blues and modern rock. By day, they laid down songs that were growing and evolving with every minute, steeped in the Louisiana spirit.

But with Stein’s ringing endorsement, and with the further heavyweight backing of One Fifteen (the management company behind David Gilmour, Jools Holland and many others), it’s obvious that 2012 is going to be a year of complete Scoundrels. “We love the American grooves and soul,” says Wyndham, “but our sensibilty is distinctly English.”