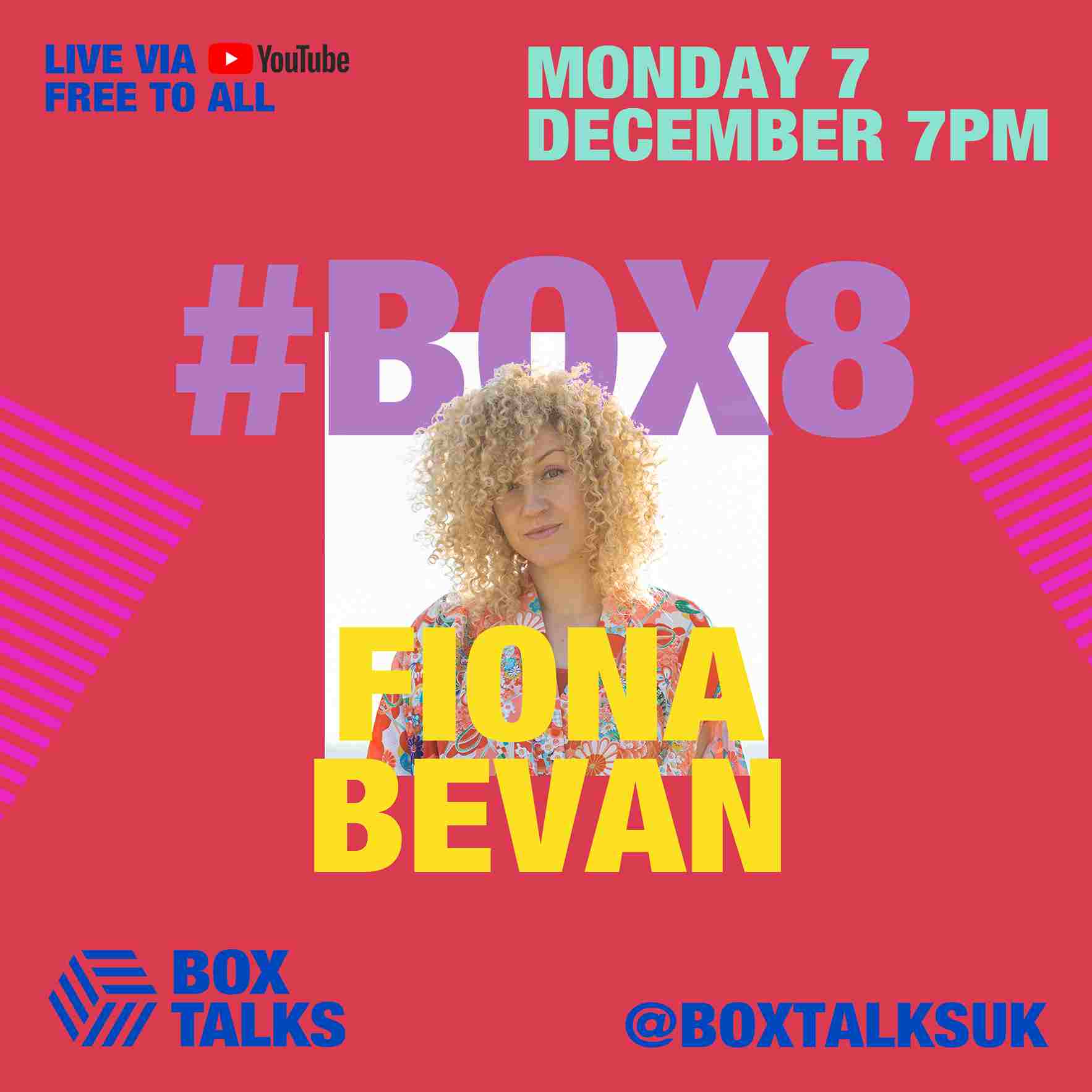 For our next Box Talk we're so excited to welcome one of the UK's premiere songwriters Fiona Bevan for an hour of conversation, insights and songwriting tips and tricks.

Fiona has built a truly spectacular career as a multi-platinum songwriter, writing hit songs for other artists including the award-winning number one song 'Little Things' for One Direction, plus singles for Lights, Backstreet Boys, Aurora, Lewis Capaldi, Stefflon Don, Tom Walker, Joy Crookes, Hey Violet, 5 Seconds Of Summer, Mika, Natalie Prass and Matthew E. White. She has also recently been writing with Shawn Mendes, Diana Ross, Natalie Imbruglia, Lennon Stella, Lukas Nelson and The Shires, and toured the UK supporting Ruston Kelly and The Wandering Hearts, after they met onstage playing at The Bluebird in Nashville last year.

As an artist, her latest EP ‘Wild Angels Sweet Demons’, was produced by Grammy award-winning engineer Robin Baynton (Mumford And Sons, Laura Marling, Isaac Gracie), released independently, and went straight to number 2 in France, and number 7 in both the UK and Canada iTunes singer-songwriter charts. The EP was an eagerly awaited follow up to Fiona’s debut studio album, 'Talk To Strangers', which was released in UK, Europe, Australia and Japan in 2014 and in USA and Canada in conjunction with Universal Canada in 2015.

Fiona has also toured in the UK and Europe with Ed Sheeran, Nick Mulvey, Billie Marten, Ingrid Michaelson, Gwyneth Herbert and Adam Ant, and in Canada with Hawksley Workman. In 2018 she was a judge for the Ivor Novello Awards. Fiona has been spending lockdown creating “Red Velvet Sessions” - a world-class HD livestreaming theatre in her living room with acclaimed singer songwriter Adam Beattie and award winning cinematographer Simon Minett, and is now writing a new album.

If you're an artist, singer or songwriter – or simply just someone passionate about music and the music industry – do not miss this fantastic free talk!